Hey, wanna get crazy with me? 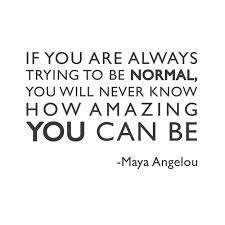 I’m a bit of a rom com girl and happened to watch the classic Serendipity on the weekend. Just for those who may not be familiar with it, this is a film about fate, chance, destiny and romance (of course ;-)).

It tackles that age old question – are our lives mapped out before us or do we have complete control?

Well, I’m not about to answer that one here!

But there is a particular scene that I would like to focus on.  Jonathon and his best friend Dean are travelling to San Francisco from New York in a quest to find his thought to be soul mate, Sara, who he met for one incredible night a few years earlier. They agreed then that if they were meant to be, fate would bring them together again… except Jonathon decided to intervene with fate and take on an “Agatha Christie like pursuit” to find Sara.

On the plane, Dean is elated by Jonathon’s quest. He spouts things off (almost wetting himself with glee, might I add) like, “You’re my hero. You’re my Oracle and sh*t. You’re making it happen.” And then he says this, my favourite, “You know the philosopher Epectitus? He says, if you want to improve, be content to be thought of as stupid and foolish”.

When I left corporate, people thought I was crazy. Crraaazzzzy. Some still do. And that’s ok. I’m content with looking stupid and foolish (according to them).

I know there may be some that look at me and think, “Geez, I wish I had the courage to leave the norm and try something like that”…. But they would never admit it.

And then there’s some that say, “I see what you’re doing. Come and join me here on what I’m doing.” And we find that there’s just enough of us crazies that we can get by. You just gotta find ‘em.

Later in the movie he also points out that the Greeks do not write obituaries. They only ask one question, “Did he live with passion?”

PS. If you like what I have to say or think someone else could benefit from this humble little blurb, feel free to ‘like it’ or ‘share it’