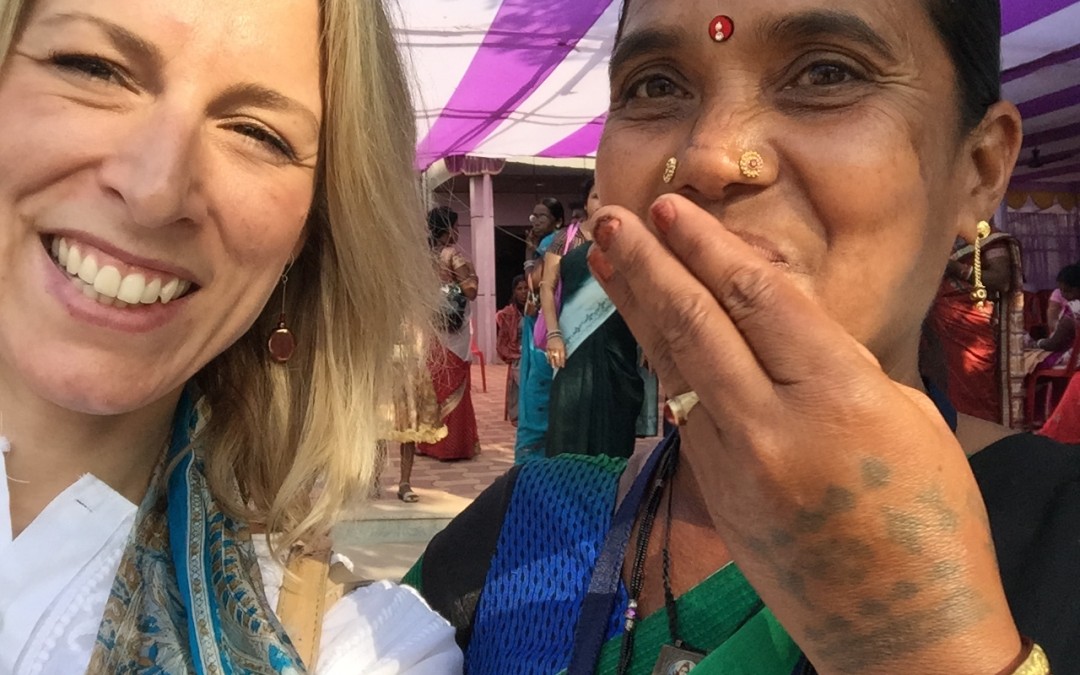 Last week I started to recount some of my stories from India.

The lady in the photo with me is Rachni.

I met Rachni on the third day of my visit. Elected women representatives came from all over the state to hear from us and us from them.

We split into groups to sit with these women and Rachni, noticing that I was sitting just outside the circle, beckoned me in and gave me a place next to her.

Rachni was the vice president of her group and, to me, a true example of a leader. Rachni did not speak much at all but her actions and her presence truly communicated her leadership style.

The women looked to her for guidance, but she did not direct or instruct, only allowed.

When she engaged with people she did so with nurturance, kindness and pure love.

When she stood, she stood with power, resolve and clarity of purpose.

There was something about her that had me awestruck.

She may have had little in terms of material, but she clearly possessed more wealth then I did. Her pride, her self-esteem and her sense of worth clearly shone through.

The only time I saw timidity in this woman was when I asked her for a photo. She became coy then (as you might be able to tell) and I suspect that was because the focus was solely on her. I daresay she is used to ensuring that everyone else is in the spotlight and is seen – a real trait of someone who leads from behind.

There is a lot to admire about Rachni. And she really made me think. In the face of my own privilege, in this beautifully developed world of ours, where can I have more pride, more self- esteem and more self worth? How can I stand with more resolve, more purpose and more clarity in a space that so clearly allows for it?